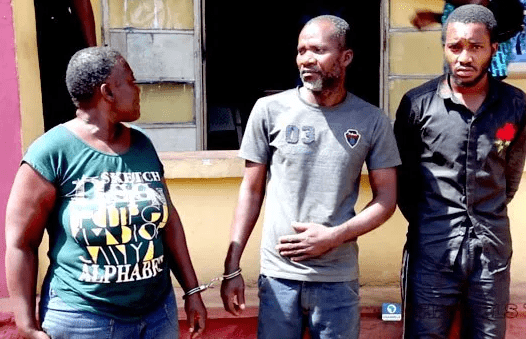 The 3 people who killed 22 year-old LASU Student, Favour Daley-Oladele, wasted her for nothing as their money making ritual was a big flop.

The final year Theatre Arts student was regarded by her parents as their golden girl and they were forward to her joining the National Youth Corps Service.

“It is quite emotional, having raised that girl for that number of years; Favour happens to be a golden girl to the family. We waited for some years before having her, she went to school and when we envisaged that in a few months, she will be going for her NYSC, and start celebrating a female graduate in the house, then some people conspire to kill her is touching”, Favour’s dad declared.

The so-called pastor Segun Philip, who suggested the lady be used for the ritual said on Monday that the ritual failed because the concoction he prepared with the girl’s heart was misapplied.

The pastor, alongside Adeeko Owolabi and his mother Bola, were paraded at the police headquarters in Abeokuta, the Ogun state capital.

Favour disappeared on 8 December 2019, when she went to see her murderous boyfriend Owolabi Adeeko. 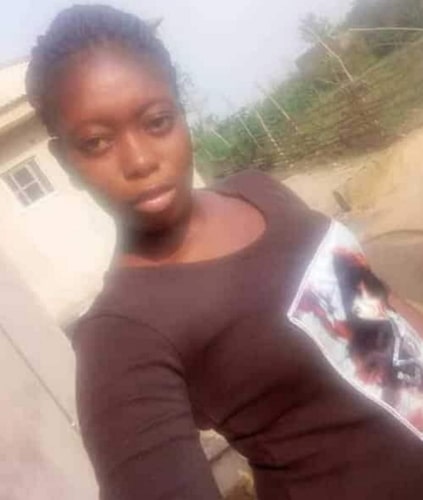 Her parents reported her missing to the Mowe Division of Ogun state police, whereupon detectives set out to unravel the mystery. Favour’s telephone led the detectives to the pastor in Osun state.

Philip who confessed to the killing of Favour said he and Owolabi wanted to use Miss Daley-Oladele for money ritual, without the knowledge of Owolabi’s mother.

“What Owolabi and I discussed is that when they use the concoction once, the money will come once, but his mother doesn’t know that; we just told her that when she uses it, she will be receiving contracts from everywhere.

“But the spirit did not bring money at all, the ritual did not work,” he claimed.

Owolabi Adeeko, 23, who reportedly connived with the pastor revealed how favour’s dismembered body was disposed off.

“There was a well there already which the church was planning on using but they abandoned it for years. It was there we put the remaining part of her body then I covered it with sand.”

He tried to justify what led him into the brutish act of killing his girlfriend for money.

“My dad has lost his job for some years and my mum has been the one helping the family; she also lost her job, but she started doing some contract jobs. After some time, she stopped receiving contracts.

“From that day, I started regretting my action, even before we were arrested.”