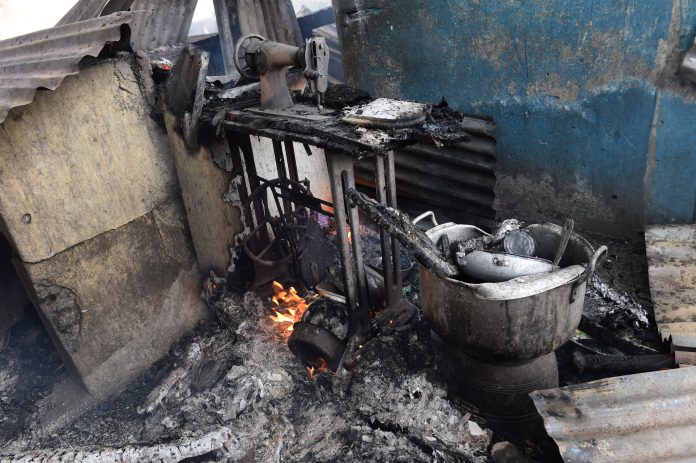 A wild fire destroyed a police barrack in Obalende Lagos yesterday, injuring one person and once again exposing the bad living conditions in the Sunshine state.

“It took the fire service more than one hour before they responded to our distress call,” Inspector Mike, a resident of the Ijeh police barrack has said. “By the time they came, the fire has reduced everything into a rubble. That’s why we drove the fire fighters away,” he said. 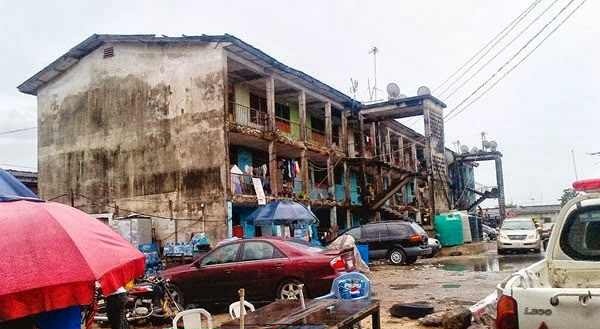 “You can see that all the 24 flats have been completely burnt. We could not salvage anything,” Undie said a man who was sleeping at the time of the incident “got some serious burns on his body” and was in hospital. Charred household items including stoves, fridges, and television sets littered the area.