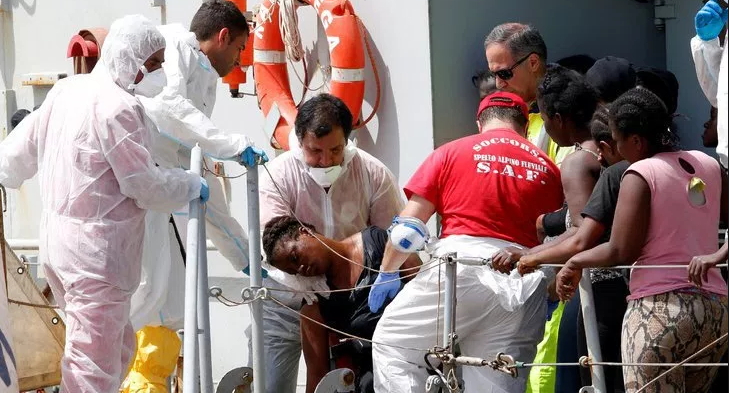 Medical reports have revealed the cause of death of the 26 teenage migrant girls found dead in the Mediterranean Sea.

The Post-mortems examinations carried out in Salerno in southern Italy, revealed that 25 of the girls died of asphyxiation in the water (drowning) while the remaining one suffered a wound to her liver.

It was earlier reported that the girls between the ages of 14-18 may have been sexually abused and murdered as they attempted to cross the sea.

Italian security operatives had arrested an Egyptian and a Libyan in connection to the deaths of the 26 Nigerian females.

But the results have revealed that 2 of the deceased were pregnant and none of the girls suffered physical or sexual violence.

The bodies of some of the victims have been identified by their families; and funeral services would hold for the deceased on Friday, November 17, in Salerno where a day of mourning has been declared.