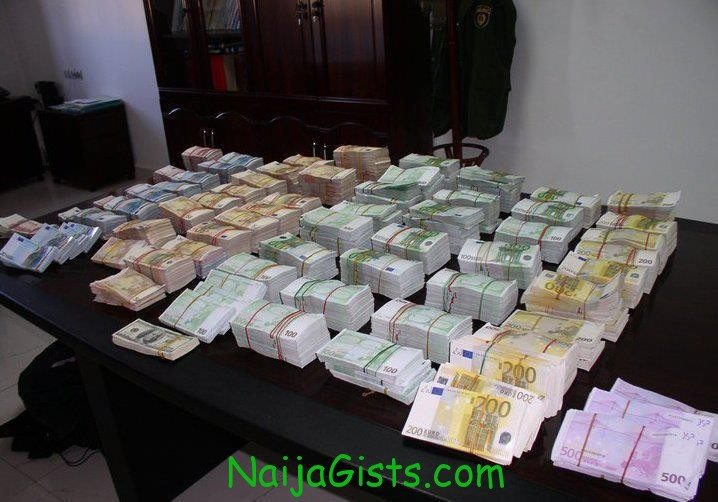 The accused person was sentenced to 2 years imprisonment on each of a 9-count charge. The sentence is to run concurrently.

Eze, 39, who pleaded guilty to the amended charge is also to refund the sum of $35,000 to Yildirim Babadogan, a Turkish citizen.

Babadogan had petitioned the EFCC in 2010 after Eze, operating with the false identity of a Chedi Ojukwu, and three others, swindled him of over $250,000 under the pretence that they were selling Used Rail parts.

Eze and his gang had advertised on the internet that they had used Rail Scrap for sale to interested buyers. Babadogan, 62, said he saw the advert on the internet and indicated interest.

He said he was convinced to come to Nigeria for negotiation and to see the goods. He and three of his countrymen later came to Nigeria to seal the deal, where they signed various documents including those supposedly bearing the logos of Central Bank of Nigeria and other relevant government agencies.

He claimed that on returning to his base in Turkey , he was made to transfer the sum of $80,000 which Eze and his gang claimed was to be used to finalize the deal.

Babadogan also claimed that over $45,000 was later transferred to Eze and his conspirators on the pretence that the money was needed to process necessary papers and the shipment of the goods.

However, Eze and his cohorts were not done, as they prevailed on Babadogan and his partners to come back to Nigeria for further negotiations.

According to P.M reports, on their return to Nigeria , Babadogan said Eze and other members of his syndicate started demanding for more money, including an additional $50,000 dollars to settle Central Bank of Nigeria and Nigeria Custom shipping charges.

To convince, the victim, Eze and his gang forwarded a letter purportedly written by the Central Bank of Nigeria and signed by a former CBN governor that $50,000 was the outstanding shipping charge.

Babadogan said he became suspicious of the deal when Eze told him that 435 containers of scraps were already at the port. He said when he requested to be taken to see the containers, Eze claimed that because of their failure to pay the CBN/Customs charges they would not be allowed to inspect the containers but that they can only see them from a distance.

It was at this juncture that he reported the matter to a Nigerian friend who told him that he had fallen victim of fraudsters.

He later contacted the EFCC and Eze was arrested.

Aside from Eze, another suspect, Tijani Ladan, aka Suleiman had earlier pleaded guilty to the charge and was sentenced accordingly while the other suspect, Chief Uche Dimgba, aka Salami Kambo is still at large.