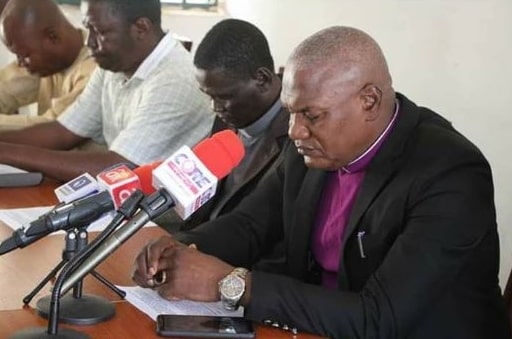 Kwara state chapter of Christian Association of Nigeria has raised an alarm over the unwholesome and ‘unholy’ activities of some pastors in the state.

It added that it has received reports from security personnel of how some pastors duped their church members in the state.

Secretary of the association in the state, Rev Reuben Ibitoye said this Igbaja, Ifelodun local government area of the state, noting that CAN discovered that many of those pastors found culpable were not trained.

“It is sad to note that some pastors today have turned to be notorious for unwholesome activities and go about duping their church members. Of recent, security agents have referred many cases of unholy pastors to the state CAN, and after thorough investigation, it was discovered that some of these pastors were not trained before going into ministry.

“It is the original that can chase the case away the fake, trained and spirit-filled ministers of the gospel must rise up to the occasion and stamp out counterfeit pastors.”

The duo told reporters on the sideline of the band’s 37th international conference in the church’s Galilee land along Ilorin-Ogbomoso expressway.

Special Apostle Ogun said: “Anybody who has the mind of God will see that it appears we are just wasting our time evangelizing and propagating the word of God. As people will come and hear it, but the moment they go out they become what they are.

“I always say it that people should endeavour not to live double lifestyle. They must be known to live Christ-like life. But because like, the bible says money is the rule of all evil, everybody is looking for money.

“When people are charged with the position of trust, even in the church they are influenced by money. That is why Christians are enjoined not to give up in spreading the good news of hereafter. If we keep saying it, if it pleases God some of the people will change and by the time the number of converts increases the society will be better for it.”

Olugbemiga, a chartered accountant said that “the gospelic work of God is a continuous one. Nobody finishes it. Even Jesus Christ finished our salvation on the cross. That is why he charged the followers to go into the world and spread the gospel. But we don’t have any excuse because of the decadence in the society not to propagate the work of God.”