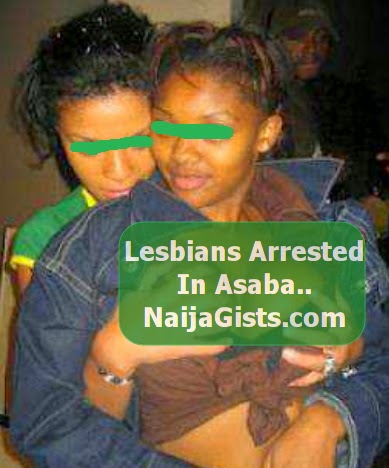 Following a tip off from an unknown client of a popular night club on Awai road in Asaba Delta state Nigeria, police detectives have arrested 26 ladies caught in the act of lesbianism.

Delta Police PRO, Celestina Kalu said the suspects were arrested while allegedly engaging each other in sexual activities at the undisclosed club.

Mrs Kalu said the suspect were caught naked at the lesbian joint.

She further said that the ladies confessed during investigation that they were in it to make a living.

He said the 26 lesbians arrested in Asaba would soon be charged to court for homosexuality.

According to an undercover reporter, the club located on Awai road (name withheld) operated as a pub to ward off suspicion by the public and operators of the spot who have been making brisk business in the last two years, employ thugs who stand sentry at the gate and collect fees from those willing to be exposed to the illicit sexual activities at the hideout.

Young girls from all over Delta state reportedly troop in en mass at night to make money from lesbianism. After smoking and drinking, they engage in sexual acts with female politicians and socialites who pay them big money.

Why is lesbianism on the rise in Nigeria? Let’s discuss.