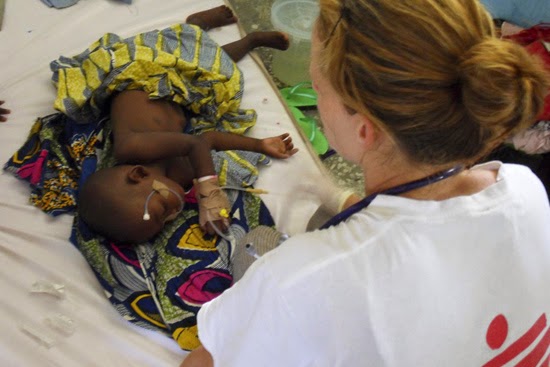 The FG has confirmed the deaths of 27 children in Niger state following exposure to lead from illegal gold mining.

Niger State Health Minister, Fidelis Nwankwo, stated this during a press briefing on Wednesday in Abuja. He said 63 cases of the outbreak had been confirmed by the government in the state while many animals in affected communities had died.

He said, “The lead poisoning was confirmed and it is confirmed that most of the people affected are children below the age of five years. The affected children were found to have high serum lead levels of between 171.5 – 224ug Pb/dl (normal is less than 10ug Pb/dl). That means, 17-22 times higher than the acceptable limits, as established by the World Health Organization.

“The rapid assessment by the NCDC/FMOH/MMSD revealed that as at May 12, 2015, 65 cases and 27 deaths had occurred, giving a case fatality rate of 43 percent. All the 27 cases were children below the age of five made up of 17 females and 11 males.

“Additionally, the finding revealed a serious impact on our livestock with cows, goats and chickens most affected. The devastating impact of this outbreak is associated with new mining sites which were found to contain more leaded ores which are often brought home for crushing and processing.”

He listed efforts made by the government to include advocacy meeting with community leaders in the state, including sensitization of communities in the state