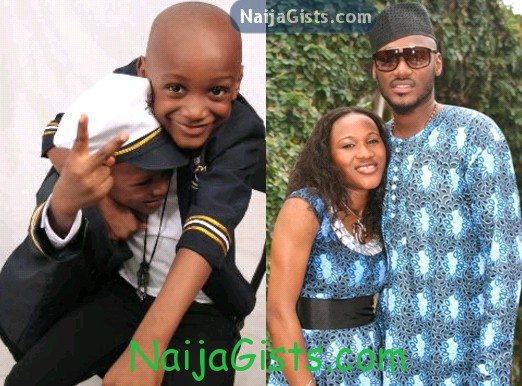 African queen crooner 2face Idibia aka Tuface is in the best of mood right now as his kids from Sumbo Ajaba, his third baby mama have hit a major TV Commercial ad deal with House Of Chi Ltd the manufacturer of Chivita. naijagists.com

We learnt Nino is the first born followed by Zino. The kids who have won major commercial deals with Peak milk and Mouka foam in the past have been picked for a multi-million naira TV commercial deal for Chi Exotic nectar orange juice .

Their excited mother,  Adesumbo Ajaba immediately took to her Twitter page to express her joy.