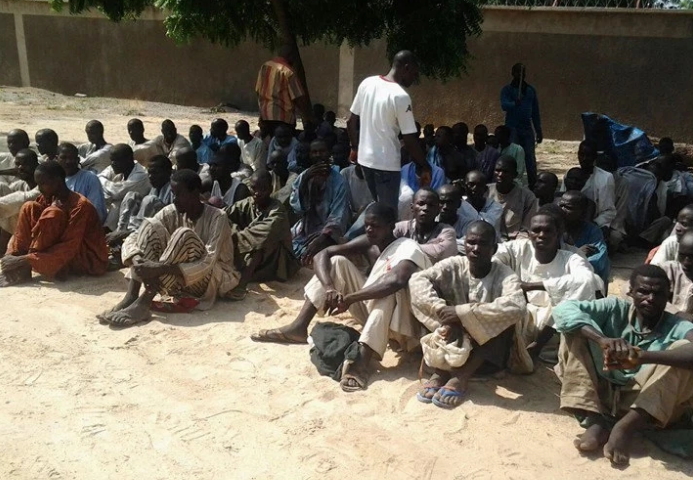 At least 200 Boko Haram fighters laid down their arms today and surrendered to the gallant troops of Operation Lafiya Dole in Borno state.

According to Lafiya Dole Theatre Commander, Major General Rogers Nicolas, over 2000 captives were rescued in the Lake Chad Basin today after some Boko Haram insurgents surrendered.

He added that a Chibok girl, Salome Pugo was rescued during the operation.

MG. Rogers said the gallant troops have recaptured a number of islands from Boko Haram sect.