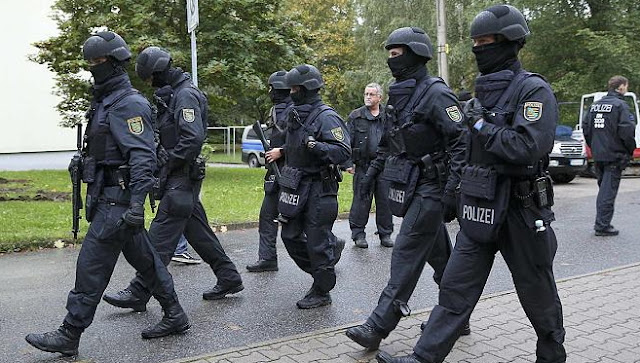 Three Nigerian citizens; a man and 2 women have been arrested along with 2 German women for allegedly belonging to a gang that specialises in bringing Nigerians to Europe.

According to Fox, the 5 were arrested during a recent raid on 41 homes and offices in Berlin Germany.

German Police said the properties were raided because they were linked to a gang arranging fake marriages to bring Nigerians to Europe.

The suspects are accused of selling certificates to Nigerian men documenting fake marriages with German and Portuguese women in more than 70 cases, charging up to 13,000 euros each time.

Their passports, cell phones and storage devices have been seized to help with police investigation.