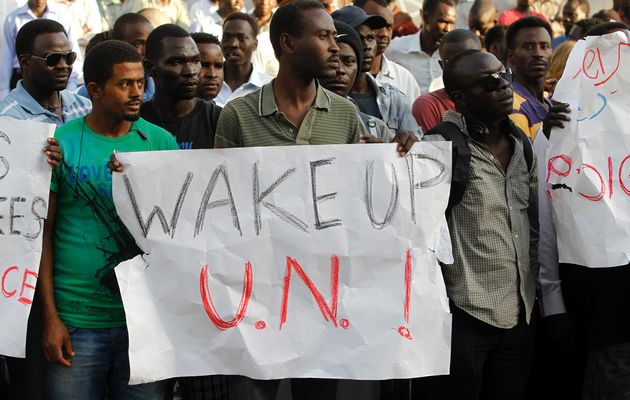 Nigerian FG today declared as “erroneous and unfortunate”, the repatriation of 30 Nigerians by Sudan over suspicion of them being infected by the Ebola Virus Disease.

The Ministry of Foreign Affairs said that the Nigerian government had already protested the ill-treatment of Nigerians by the country to the Sudanese authority and was seeking appropriate redress.

Spokesman of the ministry, Mr Ogbole Ode, said that 30 Nigerians were repatriated by the Sudanese authority Thursday last week.

“The repatriation is erroneous because the World Health Organisation (WHO), has declared Nigeria Ebola-free since 20 October after 42-day observation period without recording any case of Ebola.

“It is unfortunate that Sudan a supposedly friendly African nation which has cordial relations with Nigeria, will act this way,” Ode said.

The spokesman said that 26 of the affected Nigerians were students who had travelled to Nigeria on holidays and were returning to Khartoun after their holidays in Nigeria.

According to him, the Nigerians had travelled to Khartoum via an Ethiopian Airline” but on arrival, authorities seized their passports, and arranged for them to return to Nigeria.

He, however, said that following the intervention of the Nigerian Embassy in Khartoun, 13 of the affected students, who had not left Khartoun, were allowed entry.

Ode said that the ministry was committed to the country’s foreign policy of promoting and protecting the interests of Nigerians living or traveling abroad.