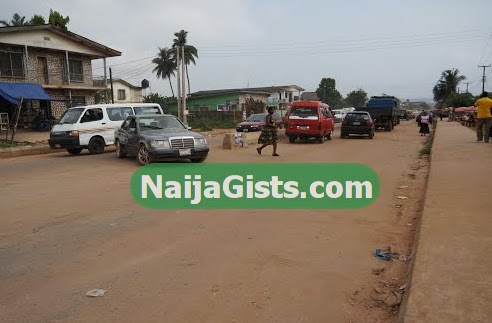 A 66-year-old monarch in Ugbowo area of Benin, Edo city was murdered on Saturday night by some suspected assassins who attacked him at his home.

The deceased, Chief John Asemota was the Odionwere (Clan Head) of Ugbowo Kingdom.

According to NAN, 7 hired killers stormed his residence around 9:30pm on Saturday night and shot him in the head and back.

The son of the deceased, Osemudiamen Asemota said 3 tenants of late Chief Asemota were also injured by the assassins.

Osemu said his dad died on the spot while his tenants were rushed to Uni Ben Teaching Hospital for treatment.

“It was the police that took my father’s body to the mortuary, while they also rushed those were shot to hospital for medical attention.” – Osemudiamen told NAN

He said the killers of his fathers are hired assassins sent to take his life over community issues.