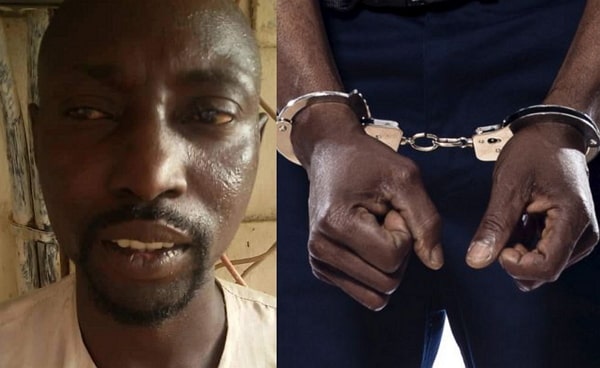 A man identified as Auwal Musa, has been arrested in Katsina for pretending to be a spirit and duping his victim of N380,000.

35-year-old Musa of the Bachirawa Quarter, Kano, was arrested on Saturday after his victim, Zaharadeen Lawal, lodged a complaint with the police in Katsina.

The accused was alleged to be a member of a syndicate that specialised in duping innocent victims, using various dubious methods.

The spokesman for the Katsina State Police Command, SP Gambo Isah, who confirmed the development on Thursday, said efforts were on to arrest other members of the syndicate.

He said the accused had pretended to be a spirit and assured him of the syndicate’s readiness to assist him to succeed.

Isah explained that the accused initially demanded N22,000 from the victim to purchase call credit for his phone, after which the syndicate started extorting money from him under one pretext or the other.

He added that the accused was arrested while going to pick more money from the victim.

“On March 2, 2019, around 6pm, the command succeeded in arresting a member of a notorious syndicate of fraudsters, who specialise in defrauding unsuspecting members of the public.

“On February 28, 2019, around 8pm, the complainant, one Zaharadeen Lawal, aged 25 years, of the Kaita Local Government Area of Katsina State, said he received a call from 08062070061 and the caller identified himself as a spirit and that the caller stated that he called in order to reward the complainant for kindness he had shown to his aged mother about a year ago.

“Since then, the caller and his syndicate had deceitfully collected N380,000 and call credit worth N22,000 from the victim on the pretext of charity that will pave the way for his greatness and wealth.

“Nemesis caught up with one Auwal Musa, aged 35 years, of the Bachirawa Quarter, Kano, a member of the syndicate, when he was arrested while trying to pick some money, which the syndicate had asked the complainant to deposit along the Batsari Road, Katsina. Investigation is ongoing with a view to arresting other members of the syndicate.”