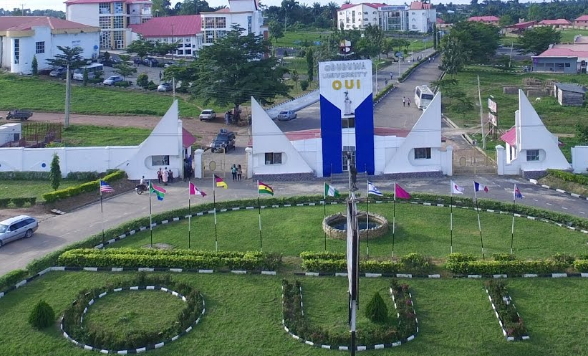 4 students of Oduduwa University, Ipetumodu, Osun State were on Friday remanded in prison by a magistrates’ court sitting in Osogbo, for allegedly belonging to a secret cult, and also for illegally being in possession of firearms.

The prosecutor, Elisha Olusegun informed the court that all the accused persons conspired among themselves on the 29th of August, 2017 to commit felony to wit firearms and members of secret cult (Black Axe Secret Cult Confraternity).

According to the prosecutor, the accused persons posed a serious threat to the public through the possession of cache of firearms in the academic community.

The suspects however pleaded not guilty to all the charges preferred against them.

While the counsel to the accused, J.P Joes pleaded for bail on behalf of the accused, the prosecutor objected the bail application on logical ground, citing the degree of threat the freedom of the accused poses to the society.

It is against this backdrop that the magistrate, Olubukola Awodele ordered all the accused persons to be remanded in Ilesha prison custody pending the reassignment of their bail application .

Continue Reading
You may also like...
Related Topics:black axe, ritualist