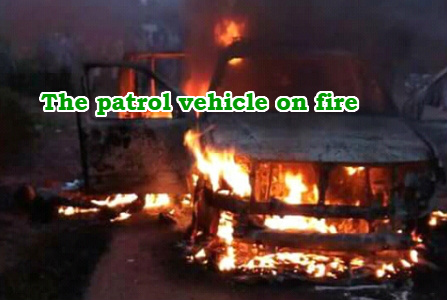 Some suspected robbers ambushed and killed 4 policemen on patrol in Benin city Edo state on Sunday.

According to eyewitnesses, the policemen from Sabongida Ora division of the state were on patrol when some suspected armed robbers shot them dead and set their patrol vehicle on fire.

Before setting their Toyota Hilux van ablaze, the gunmen allegedly took their weapons.