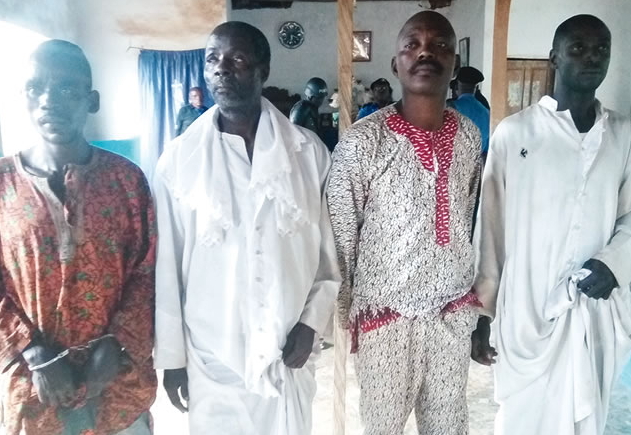 October 24, 2017 – 4 Ritual Killers Who Killed 2 Children For Ritual & Buried Their Body Part In A Church In Ota Ogun State Remanded In Prison

They are facing 3-count charge of unlawful possession of human body parts, conspiracy and murder.

Chief Magistrate Adebowale ordered the accused remanded in prison pending legal advice from Ogun State Director of Public Prosecutions. She adjourned the case till the 25th of October.

The 4 and others at large reportedly killed 2 children and buried their body parts in a church at Egan Road, Iyana-Iyesi area of Ota in Ogun state around 9:30pm on the 13th of August 2017.