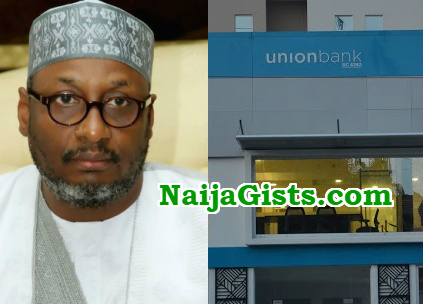 In a support affidavit submitted with the application, Union Bank said the flat where N13 billion was kept is part of 16, Osborne Road in Ikoyi which belonged to Adamu Muazu.

According to Aribisala, Muazu mortgaged the property using a security loan granted to Tripple A Properties and Investment Limited.

The bank further stated that the property has been sold to Chobe Ventures Limited to liquidate the loan.

Muazu, one of the most corrupt politicians under Goodluck Jonathan’s administration is currently hiding somewhere in Singapore.