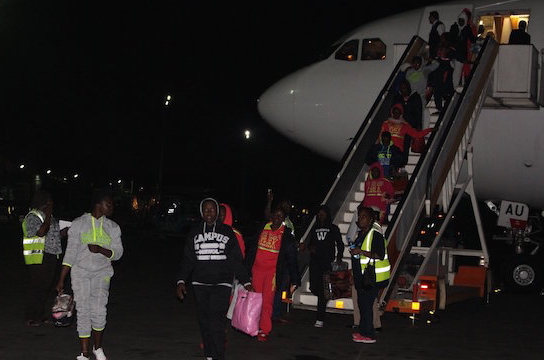 The FG today said it has evacuated 1030 Nigerians stranded in Libya within 48 hours.

NEMA spokesman, Mustapha Maihaja disclosed this at a news conference in Libya.

Maihaja told newsmen that the returnees were — 485 — who came back on Sunday and 545 who came back on Monday, noting that they were part of the 5,037 stranded Nigerians identified for evacuation back home.

He stated that a reception centre approved by President Muhammadu Buhari had been set up in Port Harcourt, Rivers for the returnees.

According to him, the returnees on arrival will be formally received and profiled before being transported to their various states.

He said that the reception centre was organised in such a way that the Ministry of Health provided facilities to look after those with health-related problems.

He explained that those who were critically ill were taken to University of Port Harcourt Teaching Hospital for treatment.