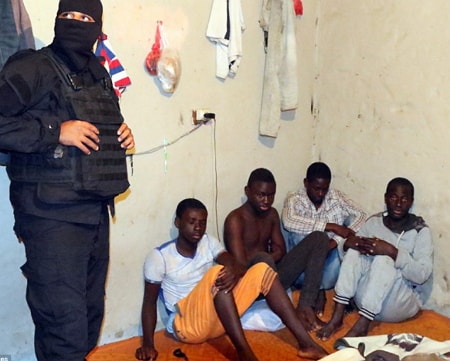 A migrant from Sudan was killed in Libya after the coast guard stopped the boat he was on from attempting to cross the Mediterranean and brought him back to shore, UN agencies reported on Friday.

The incident occurred on Thursday in Tripoli, when many of the 103 migrants, who had been on board resisted, being sent back to Libyan detention centres.

When several migrants began running away, the Sudanese migrant was struck by a bullet in the stomach, IOM spokesman Leonard Doyle said at a news conference.

“This was tragedy waiting to happen. The death is a stark reminder of the grim conditions faced by migrants picked up by the coast guard after paying smugglers to take them to Europe,’’ Doyle said.

Charlie Yaxley, a spokesman for the UN Refugee Agency (UNHCR), said the incident was proof that Libya is not a safe haven and that migrants must not be returned to the civil war country.

In July, 53 people died and 130 were wounded in airstrikes on a migrant and refugee centre in a Tripoli suburb, amid fighting between the UN-backed government in Tripoli and rival forces led by military strongman Khalifa Haftar.

Among the 5,000 migrants detained in Libya, more than 3,000 are kept in active conflict areas, according to the IOM.