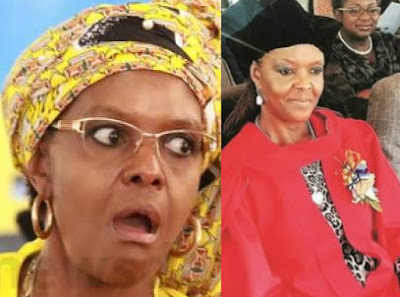 Former Zimbabwe’s First Lady, Madam Grace Mugabe has been urged to stop using her famous name “Dr Amai” meaning, the learned mother of the nation following reports that the Doctorate Degree she received at the University of Zimbabwe was forged.

Madam Mugabe who graduated from the aforementioned institution in 2014 just months after her registration was given a Doctorate degree without any dissertation.

Up till this moment, her dissertation has not been made available in the University library.

Zimbabwe Anti Corruption Commission Director of investigations, Goodson Uguni said the agency has launched an investigation into how Mrs Mugabe obtained a PhD few months after she registered at the sociology department of the University of Zimbabwe. 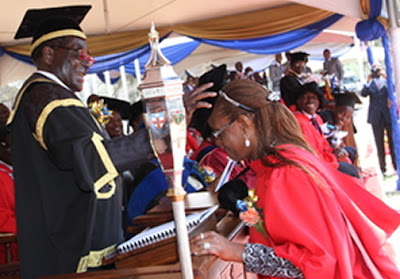 According to local media reports, the department said Madam Mugabe’s doctorate degree was suspicious and must be investigated for forgery. 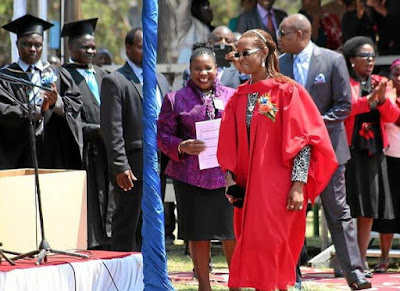 Grace who is yet to defend herself on the allegations last appeared in Public on the 15th of November 2017 when the army confined her and her family in their mansion in Harare.

Child Marriage Victim, Young Girl Who Killed Husband With Rat Poison In Kano Declared Wanted
My Wife Allowed My Daughter To Travel To Libya Without My Permission- Father Of Edo Returnee