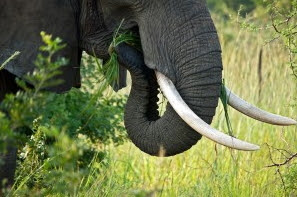 The NCS (Nigeria Customs Services ) today confirmed the seizure of about 55 calibre of elephant tusks along the Nigeria-Cameroon border.

Mr Francis Adetoye, the Area Controller in charge of Adamawa and Taraba Commands made the disclosure at a press briefing in Yola on Wednesday.

Adetoye said that the success was recorded following a joint anti-smuggling and drugs patrol in collaboration with sister agencies in the state.

“On Nov. 20, the command’s anti-smuggling team successfully seized 55 huge size of elephant tusks being smuggling into Nigeria from a neighboring country.

“From January to November, the command recorded 43 seizures with the total Duty Paid Value of N119.77 million naira.

“The seizures include, foreign rice, fairly used vehicles and other used textiles,’’ he said.

He emphasized that the command has given special focus on seizure of rice with the aim of reinforcing federal government commitment toward encouraging local production of the commodity. (NAN)