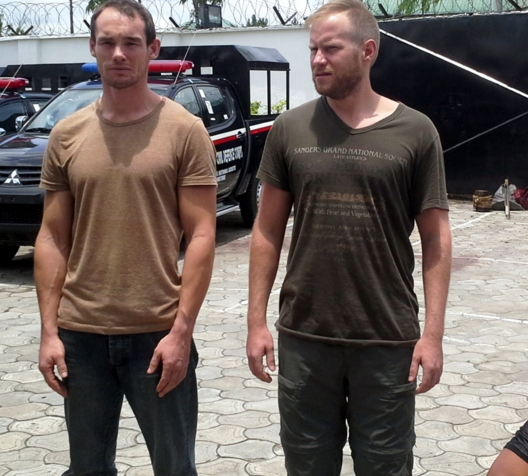 6 British citizens have been arrested by the Nigeria Immigration Service of the Rivers State Command for allegedly breaching the extant laws regulating expatriate quota as stipulated by the Immigration Act, 2015.

According to information gathered, it is to the effect that the six expatriate happened to be in the employment of Tilone Subsea Limited, a marine contracting and subsea inspection, maintenance and repair (IMR) company with head office in Port Harcourt before the switched over to a Nigerian company, GMT Energy Resources Limited, a marine logistics/procurement support service provider in the oil & gas industry with office in Lagos without proper adherence to the laws governing expatriate permission.

Tilone Subsea is said to have obtained resident working papers for the Britons from the Immigrations Service, who embarked on the Christmas/New Year holidays and were expected to return to work early January this year.

However, to the consternation of the management of the company, information got to them that the six Britons had arrived Nigeria with visas obtained on their behalf by the Tilone Subsea and proceeded to work for GMT Energy Resources Limited on-board Maersk Normad vessel at Federal Ocean Terminal (FOT) Onne.