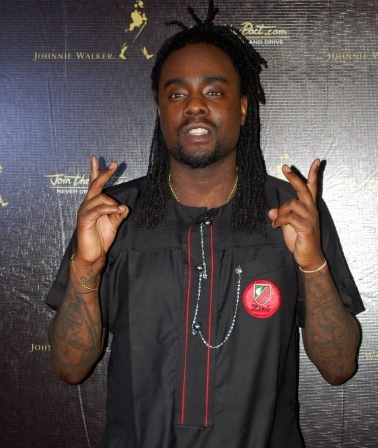 Usually there are two DJs who take turns at night.

The first DJ is whack and doesn’t have any nice wale songs but the other Dj is mad and he played all Wales song but the rapper believes the songs were not played long enough.

Next thing he tries to attack the dj from behind on his daft premise of cutting songs. Then he goes to the front of the DJ and tries to smash his laptop and attack him with a bottle.

The DJ swears at him, not minding his celebrity status.

All of a sudden, Wale lost control and turned into a beast.

While trying to launch a violent attack on the DJ, random people at the night club held him back.

He was later walked out of the club by security guards.

Rapper Wale was seen leaving the club in shame.

[By Funmi, a NaijaGists.com fan who witnessed the fight]