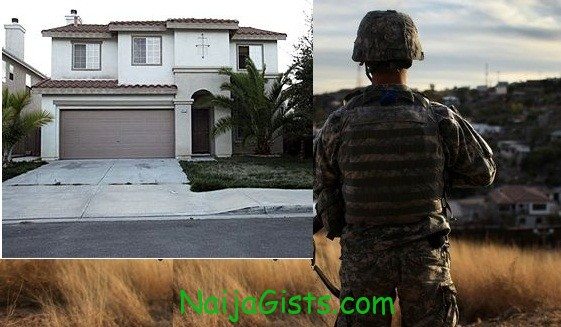 An 85-year-old woman by the name of Felicitas Gurrola who led a female-dominated immigrant smuggling ring was sentenced to 2 1/2 years in prison Thursday in a case that stands out at a time when larger, more violent organizations along the U.S.-Mexico border have muscled groups like hers aside.

Felicitas Gurrola was charged with moving up to 80 people a month past border inspectors at America’s busiest border crossing in San Diego by having them assume false identities. Her method was relatively safe compared to common and sometimes fatal smugglers’ tacks like leading groups through remote mountains and deserts or stuffing them in car trunks and engine compartments.

“This was a very well-organized, safely run operation,” said her attorney, Thomas Matthews. “No one was ever put in danger.”

Prosecutors argued that Gurrola deserved more than three years in prison for conspiracy to bring illegal aliens into the United States, saying she was a high-level smuggler compared to the lowly operatives that usually get captured by U.S. authorities. Gurrola led the organization with her daughter and another woman who were also sentenced.

“We’ve essentially been able to pull back the curtain,” said Daniel Zipp, an assistant U.S. attorney.

“I’m remorseful. I ask for forgiveness. I’m very nervous. I can’t speak,” she said through a Spanish interpreter.

U.S. District Judge Dana Sabraw gave Gurrola’s daughter, Hilda Moreno, 2½ years in prison. Guadalupe Ojeda, who managed a Gurrola-owned hotel in Tijuana that was used as a staging ground for migrants, got three years and one month in prison.

Small family-run organizations used to dominate the migrant smuggling business, but they have faded in the last decade along with a dramatic increase in border security. As smuggling fees have skyrocketed from hundreds to thousands of dollars, larger, more violent criminal groups have pushed them aside.

Gurrola managed to survive the industry turmoil until her arrest earlier this year, aided by her 54-year-old daughter and others, according to U.S. Immigration and Customs Enforcement investigators. She met migrants at Tijuana’s Suites Royal Hotel where she gave them immigration documents belonging to others and told them to memorize the information. An underling knew how to read codes on the documents to determine information such as whether they were new issues or renewals.

In the morning, migrants had their hair done to resemble the person on the immigration documents, said Johnny Martin, an ICE supervisory special agent. Gurrola lined them up and assumed the role of immigration inspector. She berated them when they fumbled for answers.

Guides then led migrants through the San Ysidro border crossing, joined them on a commercial bus to the Los Angeles area and collected $3,500 per person on arrival, investigators said. The guides returned to the border in time for dinner.

“She had been doing it for a long time and she found her niche,” Martin said.

Gurrola was indicted on immigrant smuggling charges in 1982 but never arrested, according to an affidavit filed with a criminal complaint. She allegedly boasted on a wiretap that she had been in the business for more than 40 years. naijagists.com

As part of an agreement with prosecutors to dismiss some charges, Gurrola’s daughter surrendered her home in Chula Vista, outside San Diego.

Gurrola, a legal U.S. resident who was born in Mexico, lived in Chula Vista with her daughter, Martin said. They invited friends to sit on lawn chairs in the garage and watch television. They often visited San Diego-area casinos to unwind.

David Baker, the daughter’s attorney, told the judge that the smuggling organization was wrong, but he drew a contrast with more violent groups.

“It can be said they had a certain ethic in the way they ran their business,” he said.(associated press)