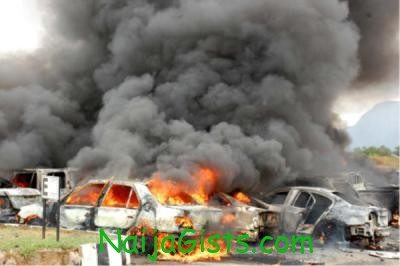 It use to be Borno, now the radical Islamist sect, Boko Haram has bombed two police  posts in Azare, north of the Bauchi state capital, Bauchi. The militants also raided a bank.

According to Naijagists.com sources, the sect which has been around since 2002 has recently increased the intensity of its attacks.The movement is seeking to Islamise the whole country, and claimed responsibility for the UN bombing in Abuja earlier this year. naijagists.com

On Saturday, people suspected to be members of the sect attacked a wedding in Maiduguri in Borno state, killing two guests.

Is this a bid to take over Nigeria or what?. The FG should seek foreign help to combat these bastards !