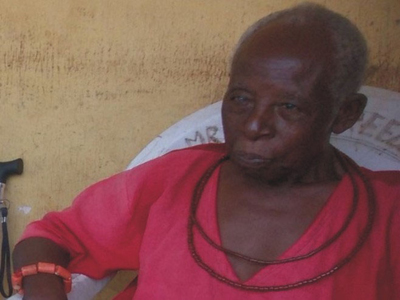 99-Year-old Pa Ewansiha Owieadolor, his son, and two others are helping the Edo State Police Command in investigating the beheading of a chief priest (Ohen-Ogba), Pa Clifford Omosomwan, 86, on Thursday in Benin.

Pa Omosomwan was attacked at his home. His assailants entered his home through the window of his bedroom.

Owieadolor, 99, is the village head of Aruogba community. The old man and others are being held by the State Criminal Investigation Department (SCID).

An eyewitness said the nonagenarian and the late chief priest were quarrelling about land.