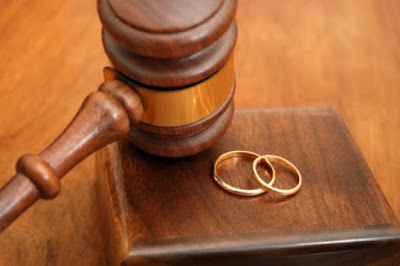 June 11, 2015 – “A Woman That Sleeps Around Is Not Worthy To Be A Wife” – Man Seeks Divorce From Serial Bed-hopper

Muse told the court that his wife, Tunrayo was unfaithful, adding that such a woman should not be seen as his wife.

“My wife fights a lot, uses dangerous weapons to attack me, she is too troublesome, does not take care of our son, I’m no longer in love with her.

“A woman that sleeps about with different men is not worthy to be a wife, in fact the seven months-old pregnancy she is carrying is from an unknown source.
“I cannot live with a woman who has become promiscuous, sleeping around, in fact, she has become too troublesome and does not have any regard for me,” Muse said.

He assured the court that he would abide to the court’s order to pay N30,000 monthly feeding allowances for their two-year-old son to ensure the divorce.

“I need this court to dissolve our marriage and also grant me permission to be in possession of my son because she cannot take good care of him.

“My son, legally named Faruk is currently referred to as ‘Pack well’ at the motor parks, I cannot take it any longer, I need quick action,” he said.
Tunrayo, 38, however, denied Muse’s claims, saying that her husband abandoned her and she had to seek help from other men.

“My husband does not take care of me, he has carried out deals of over two million naira in my presence.
“His sister is the Deputy Iyaloja of Okoko Market, yet he cannot even pay my dowry, I cannot say who owns this pregnancy, but I cannot release my son to him,” she said.

The President of the court, Chief Joseph Ogunmola, advised the husband to keep his promise of giving feeding allowance to his son.

Ogunmola adjourned the case till June 29, for judgment.

Continue Reading
You may also like...
Related Topics:divorce, lagos, nigeria