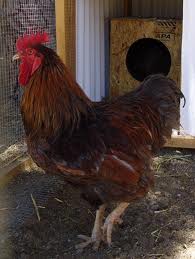 June 22, 2012 – According to a report monitored on zambianwatchdog website, 3 men of Liombe Village in Senior Chief Chipepo’s area in Kapiri Mposhi district in Zambia are alleged to have had canal knowledge of a chicken. naijagists.com

The three named men, aged 80, 66 and 35 years, are believed to have taken turns in having canal knowledge of a hen which later died yesterday.

Liombe Village Senior headwoman, Loveness Chimbuleni, confirmed the incident to ZANIS today, saying the three have since been reported to police.

However, ZANIS’ efforts to get a comment from police failed by press time.

Headwoman Chimbuleni said the three were discovered with the dead chicken in the room where they are alleged to have had canal knowledge of it.

She said the dead chicken was discovered with its canal cavity widely ruptured with some suspected male semen oozing out of it.

“Three old men have r*p*d a chicken here in my village. The chicken has since died.

We have reported them to police for them to be arrested because they are a disgrace in the eyes of God and a shame to humanity,” Headwoman Chimbuleni said.

The traditional leader also stated that cases of bestiality and having s*x against the order of nature were rampant in Chief Chipeppo’s area. Headwoman Chimbuleni attributed the increase in the number of cases of bestiality and s*x against the order of nature to widespread witchcraft.“It is not the first time that such cases have occurred. We have several of them and it is just that we do not know why these cases are so high”.

Meanwhile, headwoman Chimbuleni has appealed to government to reopen the police post in the area to help fight crime and bring perpetrators of criminal activities to book.She said the community in the area is committed to offering support in terms of providing accommodation to police officers who will be deployed to the area.

In 2008 the police withdrew operations from the area because of lack of decent accommodation for officers who were deployed there.

She said criminal minded people were taking advantage of the absence of the police post to perpetrate crimes.(culled from Zambianwatchdog.com)