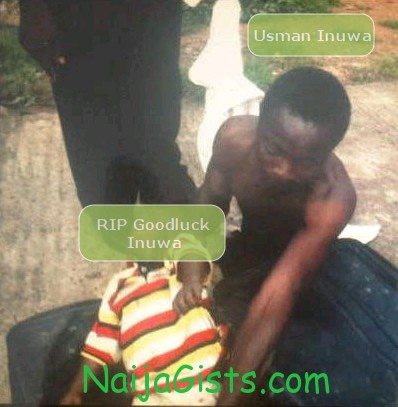 According to Police report, the man has been identified as Usman Inuwa who works as a welder in Abuja. He confessed he killed his own son, Goodluck Inuwa after his arrest.

Sources close to him claim his wife left him and the baby few weeks ago.

His neighbours claims Inuwa is a drug addict who is very unfriendly.

According to a neighbour, Inuwa is a very hot tempered man.

He might have killed the boy while under the influence of drugs or out of frustration due to the absence of his wife..

May the soul of this innocent boy rest in peace.