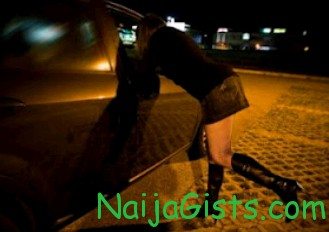 A Spanish school that offers prostitution as a professional course with guaranteed job offer has won it’s first legal battle against opponents. naijagists.com

The school began advertising the course in May, but within weeks the Valencian regional government filed a case with prosecutors, alleging that the school promoted prostitution, which is illegal in Spain.

But yesterday prosecutors said there was not any evidence that a criminal offence had been committed because advertisements for students did not promote prostitution, constitute fraud and were not aimed at minors.

The venture has attracted much criticism in the predominantly Catholic country, with many saying it is the wrong way to tempt cash-strapped Spaniards back into work. But the Valencian firm, which flooded the city’s university campus with promotional flyers, says it will make the trade safer. It will also ensure budding sex-workers will not fall foul of the law, with in depth descriptions of the industry’s laws and how to work around them.

“Prostitution is a career that many people live off from day to day, whether they are single or have a partner.” He added that 95 people, from the age of 19 to 45, had signed up to the diploma – which takes up two hours each day. And, once they graduate, they receive their first job offer – to become a teacher in the ‘school’ where they can help in practical classes.

What they learn in the series of theory and practical classes will enable them to ‘earn a lot of money, very easily and quickly’. Esther Lopez Barcelo, a United Left MP in Valencia, said the party was considering appealing the ruling.