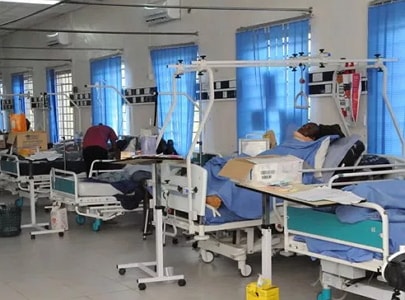 Tragedy struck in a town in Ondo state last night when a 45-year-old man was beaten to death by his wife’s family members.

45-year-old Adelogba Ademuyiwa of Oke Ififa quarters in Akoko SE LGA of Ondo state was on Tuesday night lynched at Ifira Health Centre following a brutal assault on his wife.

According to sources, the deceased who snatched the wife from another man early this year got into a fight with her over his plan to marry another wife.

In the process, he beat her to coma and rushed her to the hospital where there was a reprisal attack by family members of the injured wife.

They allegedly pounced on the husband beating him with sticks and cudgel leading to his death.

His corpse has since been deposited at Ipe Akoko General Hospital mortuary.

There is tension in the area as the late man’s family members were planning to revenge.

A DPO in the area, SP Abiodun Ojediran said several people have been arrested in connection with the jungle justice.