Comic Nollywood actor Hafiz Oyetoro popularly called Saka has been bought over from Etisalat as the new brand ambassador for MTN.

In a recent interview, the actor who just landed a multi-million naira endorsement deals with MTN claims he has murdered poverty. 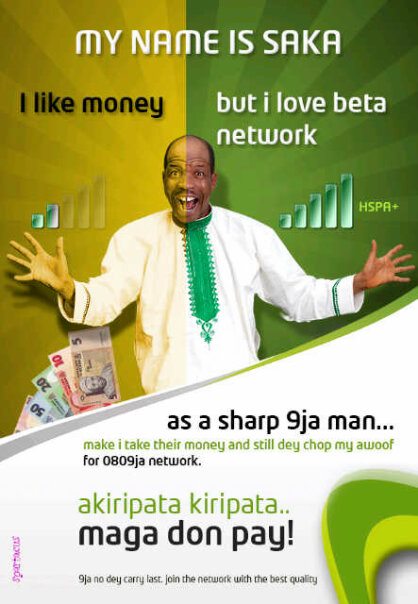 Hear Saka in his own words below;

“To the glory of God, level don change. Let me put it like that. I believe that in the nearest future, level will finally change. But now, level don dey change. I have murdered poverty and God has finally murdered it for me. I am no longer poor, but very comfortable.

“For now, I don’t want to say anything. I promise you that I will talk at the appropriate time,”

“I am a responsible civil servant. My duty is to teach other people’s children well, just as I would expect others to teach mine. So I cannot abandon my job. I assure you, everything has been taken care of.”

Jokes aside this guy is the best at what he does.

Congrats to the comic actor.