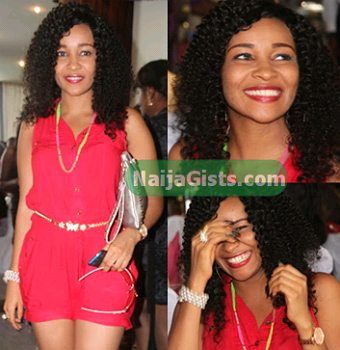 Months after a messy relationship problem that almost turned her insane, Nollywood actress Doris Simeon has picked herself back up.

The beautiful mother of one who got married to movie producer Daniel Ademonikan few years back got dumped for a fellow actress, Stella Damasus by her hubby last year over irreconcilable differences.

Months after her ex-husband and Stella Damasus moved on as business partners in Abuja, Doris Simeon has revealed her plans to open a 3D cosmetics shop.

The sultry actress said she will be opening a special beauty store named 3D Cosmetics store in Lagos on March 8, 2013.

Here is what the actress said about her upcoming cosmetics store:

“I’ve always loved two things while growing up, cosmetics and TV. After conquering the TV, I want to explore the cosmetics world. In 3D cosmetics store, we sell cream, soaps, make-up kits and several world class make-ups. I also recommend good products for our clients and I’m currently undergoing a course in make-up, so I can make people’s faces,”.

At least life must go on…….Doris Simeon is a brave woman… we salute her courage.