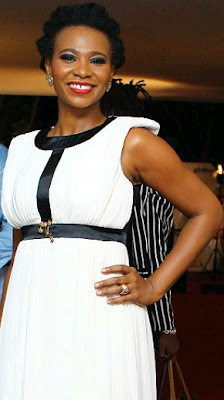 If the story currently reaching NaijaGists.com is anything to go by, sexy Nollywood actress, Nse Ikpe Etim’s wedding will hold on Thursday the 14th of February, 2013 in Lagos, Nigeria.

According to sources, the beautiful actress who revealed her engagement on December 25, 2012 is set to get married on Valentine’s day in Lagos.

Who is the man in Nse Ikpe Etim’s life?

This is the question on everyone’s mind, well can authoritatively confirm to you that she is getting married to her long time London-based lover.

They apparently broke up a long time ago but they reconnected last year.
The man travelled to Nigeria after months of long distance relationship and proposed to her this past December.

Though she is not forthcoming on her wedding plan sources close to  her exclusively revealed to NaijaGists.com that she is getting married this week.

Nse Ikpe Etim’s traditional wedding will hold in her village sometimes in April of this year.