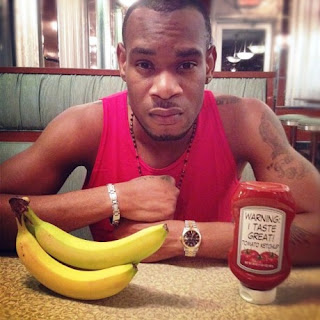 The rapper didn’t take into consideration that his controversial Take Banana video could be removed for obvious violation of YouTube’s Terms of Service.

The popular video hosting network has zero tolerance for nudity.

A quick investigation on our end revealed the screen shot below with the message
“This video has been removed because its content violated YouTube’s Terms of Service. Sorry about that.”