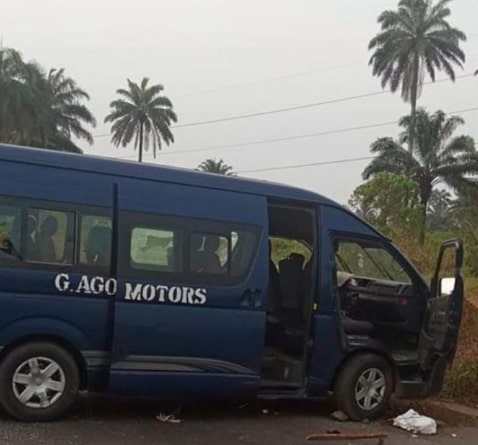 According to reports, some passengers in Agofure bus were robbed and kidnapped even as the driver was shot dead while trying to flee into the bus.

Only a lady with leg problem was released as the gunmen took 12 passengers at Ndele axis of the East-west road in Rivers state.

The update was provided by a Facebook user, Dymphna Akusu few minutes ago.