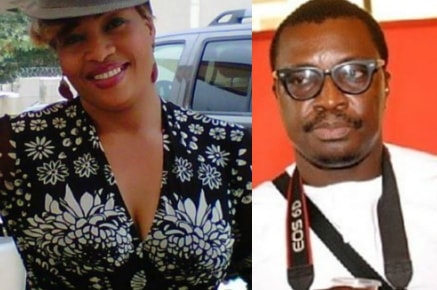 Everyone knows that Nollywood actress Aisha Abimbola loved her privacy in her very short time on earth, sadly, her habit reportedly led to her untimely death.

According to close friends,  the actress got everyone worried when she started losing weight.

At a point most of her colleagues asked for the reason behind her rapid weight loss, the actress told them she was on a special diet imposed on her by her doctors.

While everyone was mourning her, comedian Ali Baba has leaked the content of the last Whatsapp chat he had with the actress days to her death.

He took to Instagram last night to leak excerpt of the chat he had with Aisha on the 3rd of May, exactly 2 weeks ago.

In the chat, the actress who sounds agitated told Alibaba she needed to talk to him. 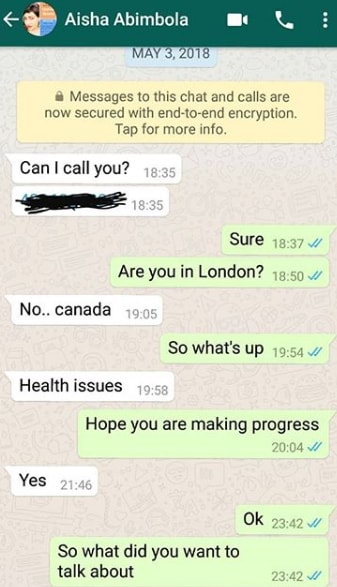 She also revealed to Ali that she was in Canada for health issues, in the chat, the comedian asked her if she was getting better and she replied ‘Yes’…unfortunately, she died 12 days later.

This is really sad.