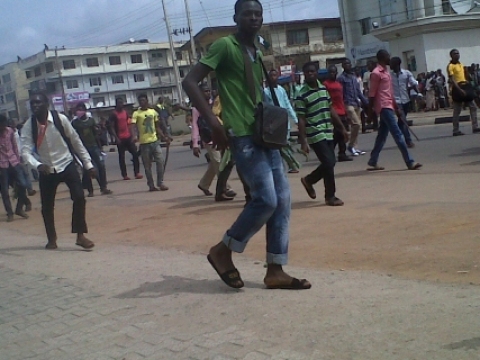 4 people died over the weekend in Ilorin during a rivalry war between two rival cult groups in Ilorin.

The clash which happened at Baboko area of Ita Amodu and Agbo Oba in Ilorin around 4am on Sunday morning heightened tension in the affected areas while residents scampered for safety.

According to eyewitnesses, 4 men including a 20-year-old boy were shot dead.

The Members of “Aiye” Confraternity first struck at Baboko around 9.30 p.m. on Saturday night and allegedly killed two persons.

The Eiye boys on a revenge mission headed for Ita-Amodu and Agbo-oba areas of the capital to kill two members of the rival cult group around 4am.