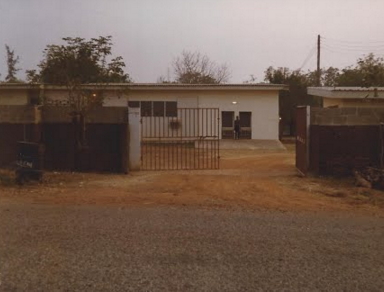 A pastor identified as Adekunle Adeyemi was murdered over the weekend at Olorunsogo area of Ondo town in Ondo State for allegedly defecating in the public.

The Shepherd in charge of one of the white garment churches in Ondo was returning from a church programme on Sunday when he allegedly entered an abandoned property on the street to defecate.

A neighbour reportedly challenged him for defecating indiscriminately in the area, a fight soon broke out and in the process, he was beaten to a pulp.

While attempting to leave the area with bloody face, he slumped. He was rushed to a private hospital in the area, before he was later transferred to the Ondo State Specialist Hospital in the community, where he was confirmed dead by the doctors.

The neighbour who allegedly attacked Pastor Adeyemi, one Mumini Mojeed has been arrested in connection with the incident.

Pastor Adeyemi’s body has been deposited in a mortuary in Ondo town.