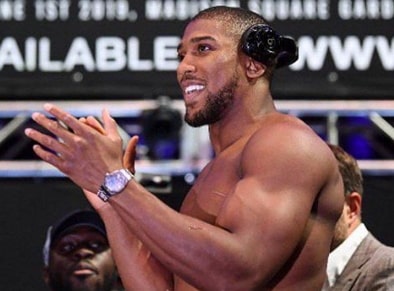 British Nigerian Boxer, Anthony Joshua, has landed in Saudi Arabia ahead of his rematch with Andy Ruiz Jr on December 7.

He shared the video of his arrival in the middle east country on Sunday.

In the video, Joshua was seen fist-bumping his fans as he arrived at the airport.

It would be recalled that Ruiz dropped Joshua multiple times in New York earlier this year, leading to promoter Eddie Hearn invoking the immediate rematch clause.

Joshua is the favourite to win this rematch. Also, the duo has been engaging in a lot of psychological warfare ahead of their time in the ring.