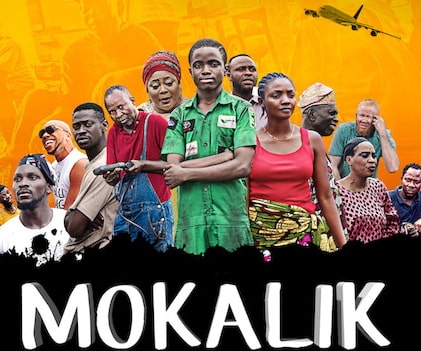 Nollywood actor Kunle Afolayan is known for brilliant filmmaking and for attention to details. It is the latter that reduced what would have been an amazing experience for the audience of his latest flick, ‘Mokalik’.

The movie is an exposition into the lives of mechanics and the typical Nigerian apprenticeship system. The title, in itself, is a stylised version of ‘Mechanic’ written as pronounced by the Yorubas.

There is no denying that Afolayan and his team had good intentions for the film as the aesthetics and technicalities were top notch. Still, they did little to save the movie from falling on the grounds of story sequence and casting.

The film follows a 12-year-old Ponmile, who is sent off to a mechanic yard by his father because of his poor grades in school. While there, he is slowly immersed in the system and meets interesting characters along the way.

The idea behind the story is commendable, realistic and a kind of social call emphasizing the importance of the informal sector. However, it takes a few memory recalls to understand these messages and relate to them.

This is because while Afolayan brilliantly places Ponmile in the centre of this strange environment, he does not quite help us see why.

First and foremost, ‘Mokalik’ feels like a documentary that was last minute made into a feature film because the documentary characters refused to participate. Frankly, it would have been a fantastic subject and sequence for a documentary.

Secondly, the lines are written in several codes that the audience find themselves spending more time interpreting dialogue, rather than enjoying the moment.

This is not as a result of the heavy use of Yoruba which is highly commendable, instead, it is the idioms and transposition of language that posed a problem.

Thirdly, it is hard to understand Ponmile’s motivation or that of his father, who dropped him off at the mechanic yard. The character is not established enough as a point of view and that makes it difficult for the audience to follow him through the yard.

In the middle of these knocks, the film written by Tunde Babalola, has some fantastic characters that helped save the movie. Chief among them is Damilola Ogunsi, who played ‘Obama’, a quirky and highly knowledgeable apprentice.

Obama’s character, like his name, is drawn from his amazing ‘abroad’ adventure stories and knowledge of world news.

Standing close to Ogunsi is Hamzat Sheriffdeen, who played the misunderstood Kamoru. He is seen as not serious, careless and distracted but he is the only one who knows the exact time each plane flies by daily.

While this may not seem significant, it alludes to Kamoru’s unseen attentiveness and the knowledge he holds that is trivialised by others.

‘Mokalik’ is not a film to be watched in a hurry as it thrives heavily on your memory and ability to connect scenarios.

It is a blessing that the film is available on Netflix, providing avenues for re-watching.

Afolayan made a stunning movie that does not cater to your personal enjoyment.