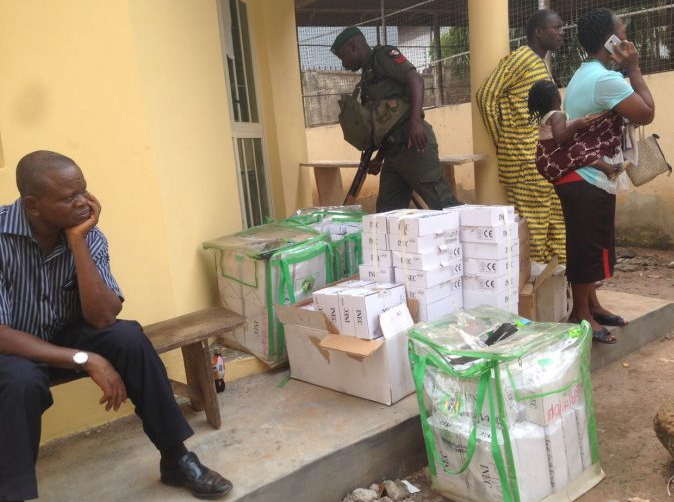 Mr Afolabi Olaposi, a chieftain of All Progressives Congress (APC) in Owo, Ondo State, was killed by unknown gunmen on Thursday night in Owo.

The Party said in a statement issued by its Publicity Secretary, Mr Abayomi Adesanya, on Friday in Akure that Olaposi was shot dead on his way home after attending a meeting of the party in preparation for the governorship election.

“Olaposi, who is one of the leaders of our party in Igboroko Ward 1, Owo, was also an ardent supporter of our Governorship Candidate, Mr Rotimi Akeredolu (SAN).

“He was a perfect gentleman who was committed to the development of the party in Owo and Ondo State in general.
“The assailant also went to the house of Chief Jamiu Ekungba, an APC aspirant in the Sept. 3 Primary, and vandalised seven vehicles in his compound.
“Ekungba was not to at home during the attack.
“We believe those calling for the postponement of the election and threatening a repeat of 1983 violence were behind these dastardly acts.
“We call on security agents in the state to fish out those behind these acts and ensure the protection of our people before, during and after the election,’’ Adesanya said.
Speaking in a telephone interview, the Spokesperson for Ondo State Police Command, DSP Femi Joseph, said: “

I don’t have the details of the incident now, but the Deputy Inspector General (DIG) in charge of the election will speak about it later’’.

Continue Reading
You may also like...
Related Topics:afolabi olaposi photos