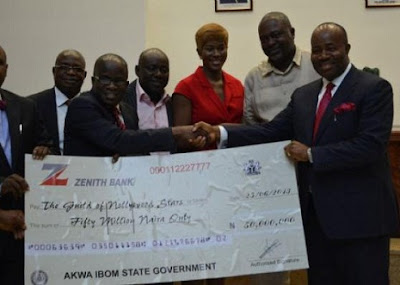 The Akwa Ibom State governor had pledged to donate N50m to Nollywood during the celebration of Nollywood stars at 20 with President Goodluck Jonathan.

Information has it that Zik led few Nollywood practitioners to the Government House, Uyo on a courtesy call where the generous governor redeemed his pledge.

It is however unsure the participation of the Actors Guild Of Nigeria and other guilds in this receipt of fund.

See another photo below 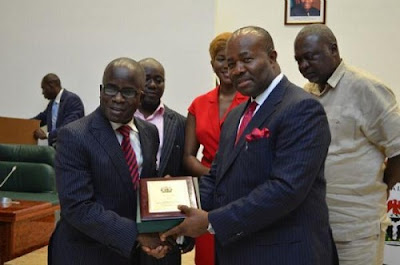