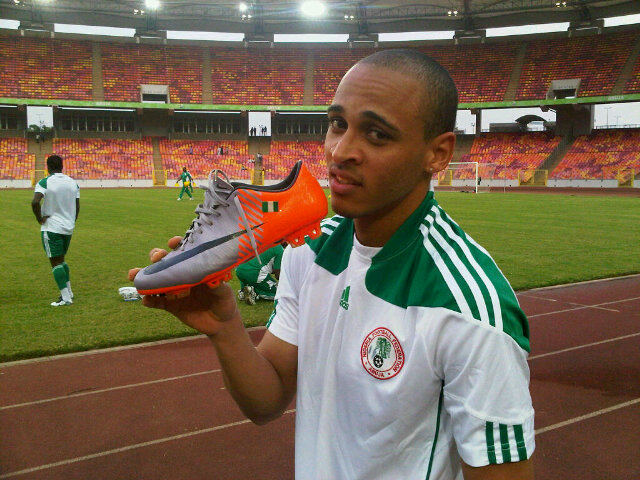 Several players of Nigeria’s Super Eagles have declared that they would not mind having controversial West Bromwich Albion attacker, Peter Odemwingie back in the team, Supersport.com reports.

Odemwingie last featured for Nigeria in a 2013 Nations Cup qualifying game in Kigali, Rwanda in February 2012.

Head coach of the Super Eagles, Stephen Keshi hinted in an interview this week that Odemwingie could get an unlikely recall to the national team.

“For (Odemwingie), he still has a place in the team. I’m not looking for an apology from him. (Odemwingie) is somebody that I like very well and he knows that. The thing is, it’s about the team that I’m worried about,” Keshi said.

“Having Odemwingie back in the national team would be a big plus. With all due respect to all the strikers in the team who have been working hard, Odemwingie is a very experienced striker who knows his way to goal,” said the 21-year-old currently on loan at Romanian club, CFR Cluj.

Nwankwo added that experience plays a big role in teams winning matches when the stakes are high and insisted that Keshi’s recent declarations are nothing short of a masterstroke.

“Talent alone is not just enough to win games. You need experience and that’s where you need people like (Vincent) Enyeama, (Joseph) Yobo, (John) Mikel Obi and Odemwingie.

“The coach has acted like a father and we must respect that,” he said.

Enugu Rangers midfielder, Sunday Mba also added his voice to the issue and explained that Odemwingie’s potential and long years as a professional footballer would “help the team.”

“As footballers, our job is to go out there and play but experience is important in this game and I think Odemwingie would help the team in this regard,” he said.