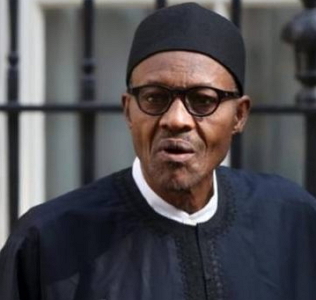 The controversy surrounding Akwa Ibom State government’s decision not to allow the Godswill Akpabio International Stadium for political campaigns and other activities may have died down, it was learnt yesterday.

The dispute over the 30,000 capacity stadium started after the leadership of the All Progressives Congress (APC) applied to the state government requesting for the use of the facility for the kick-off of President Muhammadu Buhari’s campaign on the Friday.

The state government through the commissioner for Youth and Sports, Mr. Monday Uko gave reasons the facility cannot be used for now.

In a statement made available to reporters, Uko said: “The government of Akwa Ibom State has received with gladness the notice of the proposed visit of His Excellency, the President of the Federal

Republic of Nigeria, Mohammadu Buhari, GCFR, to our dear state on December 28, 2018.

“Consequent to this proposed visit, the Ministry of Youth and Sports, Akwa Ibom State is in receipt of a letter of application dated December 19, 2018, requesting for the use of the Godswill Akpabio International Stadium as the venue for his reception ceremony.

“Whereas we have sent a letter, dated December 20, 2018 in response to the application, addressed to Hon. Ini Okopido, the State Chairman of the All Progressive Congress, Akwa Ibom State, we are obliged, in light of the unfortunate attempt by some political actors and commentators to pit Akwa Ibom State Government against President Muhammadu Buhari and the Presidency. May we inform Akwa Ibom people and the entire public, of the reasons for our inability to approve the use of the requested venue. As stated in our response, our inability is hinged on two grounds.

“That the next season of the Nigeria Premier Football League (NPFL) is scheduled to begin on January 13, 2018. In view of this and the fixtures of home matches for Akwa United FC, it will be practically impossible to ‘regrass’ the stadium for pre-fixed matches, if used for non-sports activities, because of the nature of pressure that such events bring on the pitch.

“Additionally, the maintenance contractor (Julius Berger) had also advised that the present atmospheric conditions being very hostile to the pitch, the facility should not be used for non-sport activities during this harmattan period, so as to avoid inflicting long term or irreversible damage to the grass on the football pitch.

“This reason forced the relocation of the State’s Christmas Carols festival from the earlier proposed Godswill Akpabio International Stadium to the Uyo township Stadium. “Moreover, the stadium from its inception has been under a maintenance contract with Julius Berger Construction Company.

“They operate all the sensitive and non-sensitive components of the facility. They had closed for the year and proceeded on vacation (as it has been their usual practice) and are due to resume on January 7, 2018. The implication of this is that, the technical capacity required to activate the venue is currently unavailable, and this is not within our control.

“The ministry has however approved, in the alternative, the use of the Uyo Township Stadium for the event. We guarantee that the approved venue is in perfect condition”.

Though the APC has not given issued any response to government’s position on the state, our correspondent gathered that the party may resort to the Uyo Township Stadium for the Buhari campaign.

Spokesperson of the APC campaigns in the state, Mr. Eseme Eyiboh told The Nation that “the party will do everything within its ability to give President Buhari a befitting reception in Uyo and also ensure that the campaign kick-off takes place peacefully and successfully.

He, was however, silent on whether the party will insist on the use of the Godswill Akpabio International Stadium for the event.