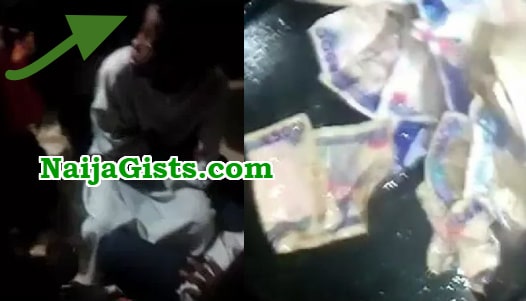 The latest trend among internet fraudsters in Nigeria today is worrisome.

They are now using ladies underwear to do money ritual.

The young woman whose under wears got stolen by some suspected internet fraudsters called Yahoo boys in Delta state few weeks ago has died.

Mariam Abdul who became a victim of some suspected ritualists vomited 14  five hundred Naira notes around 3:45am on Sunday morning.

She was rushed to the hospital by her husband, Taye Adekunle.

Sadly, she gave up the ghost yesterday afternoon.

Early December the deceased and her husband raised an alarm that her panties were missing .

“We suspect that whoever stole the panties might have used them for ritual since it is the reigning thing,”– a source said.