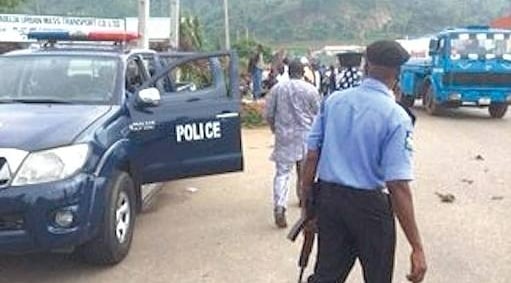 The police detective who investigated the murder of Isa Yaya by a trader at Alaba market, 26-year-old Lawrence Ikonne.

The investigator, Yusuf Olatunji told the court on Monday that Ikonne murdered the deceased by hitting him on the head with a plank, tied his body with a generator cable, covered it with a piece of nylon and ran away.

According to Olatunji, the suspect committed the offence on October 10, 2014, at his residence, No. 16 Afro Close, Afromedia Estate, Okokomiako, Lagos.

Ikonne is facing one count of manslaughter.

At Monday’s proceedings, Olatunji while being led in evidence by the state prosecutor, Monisola Osibogun, told the court that the reason behind the murder was unknown, adding that Ikonne claimed that he killed the deceased when they engaged each other in a fight.

“A complainant, Efeze Omenaka, reported a case of murder around 7pm on October 10, 2014. Omenaka, who is also a caretaker, told us that he returned from the Alaba Market on that day and noticed a reddish liquid substance dripping from the defendant’s room.

“He immediately alerted other neighbours and they all went in search of the defendant but couldn’t find him. The caretaker thereafter called the suspect’s brother, Clement, who was living with him, but was at work at the time.

“When Clement opened the door, the corpse of the deceased was found under the bed, tied up and covered with a piece of nylon.

“I was sent to visit the crime scene, two wings of duplexes demarcated by a fence. The complainant and the suspect were living in the same building but in different apartments.

“Photographs of the deceased were also taken and the corpse was later moved to the mortuary and the suspect’s brother was taken to the station, where he volunteered a statement. But being a murder case, the matter was transferred to the State Criminal Investigation and Intelligence Department, Panti.”

“However, the suspect was apprehended a week after the incident at a hotel, where he was hiding.”

Ikonne had stated in his statement to the police that he killed the deceased, when he (Ikonne) invited him to his house to buy an air conditioner and a fight broke out between them.

“The deceased came to my house to buy an air conditioner. He helped me to carry the air conditioner from my room to the open in order to inspect it. After inspecting it, we agreed on N5,000 as the sale price. But he later changed his mind and said he wasn’t buying anymore. I felt angry and he also demanded that I should pay him for his services. 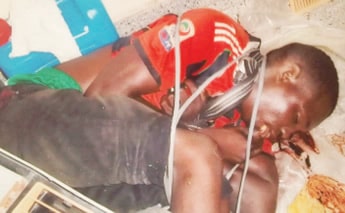 “We started arguing and a fight broke out. I then hit him on the head with a plank and he fainted. Out of anxiety, I tied his legs with a cable when I noticed that blood was oozing from his nose. I then found nylon to cover his body and hid his corpse inside my room.”

The presiding judge, Justice Adenike Coker, adjourned the matter till March 19, 2019, for the continuation of trial.