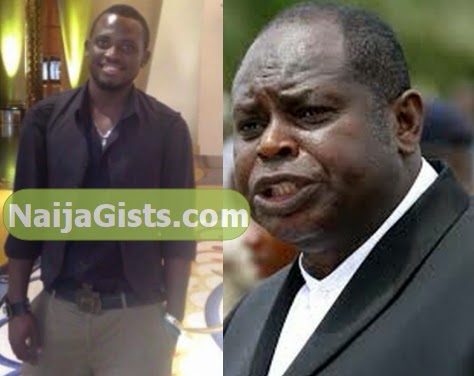 The former governor of Bayelsa State, Chief Diepreye Alamieyeseigha, has debunked reports that his son committed suicide in Dubai. On Sunday, one of his sons, Oyamiefa, was murdered in Dubai, the United Arab Emirates (UAE), where he was a student.

The late Oyamiefa, 30, who was reportedly killed in the house belonging to his father in the Arab country, was said to be the only person living in the luxury apartment. The Oyams deceased was the last but one of the former governor’s children..

It was gathered that Oyamiefa was murdered by unknown gunmen who stormed his apartment on Sunday night. Impeccable family sources disclosed that his lifeless body was recovered by neighbours who promptly alerted his father.

It was gathered that Oyemiefa’s body was found in a street by the police who searched him and found his identify card. Using the identification card, the police were said to have traced his home only to discover that he came from “a big family”.

It was gathered that shortly after ascertaining the background of the deceased, the policemen left but later came back to tell his family members in Dubai that Oyemifa had committed suicide.

When contacted through a text message, the aggrieved former governor said: “He was killed in Dubai.” He had left for Dubai immediately alongside his first son, Tonbra, to determine the circumstances that led to the death of his son. His wife was said to have cried inconsolably.