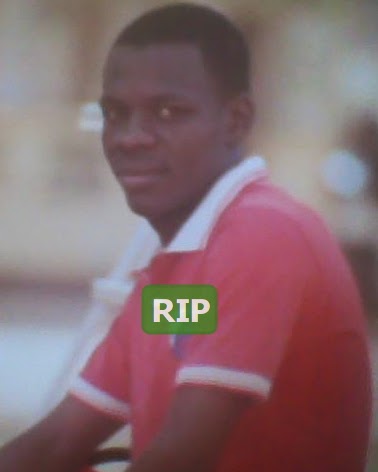 An official of the World Health Organisation (WHO) in Zamfara State office, Bello Abdullahi Kaura, who was declared missing, has been found dead in the state.His decomposed body was discovered after about three months intensive search in and around the state.

Already, a soldier and a police inspector have allegedly been fingered for the death of the official.

A source at the WHO office, who pleaded anonymity told Daily Sun that Kaura was murdered after he was dispossessed of N2.8million meant to cover the expenses of the July immunisation exercise in Anka Local Government Area of the state.

He was said to have brought the money home and informed the soldier and the policeman, who were his co-tenants about it.

It was gathered that on the day of the immunisation he failed to report at his duty post, unknown to his colleagues, that he had been killed.

Investigations later revealed that he was taken to a bush along Anka-Gummi Road and killed.

However, nemesis caught up with the alleged killers, when one of the relations of the deceased discovered that someone was still using the phone through the anti-theft device, which the deceased had programmed with his number.

Consequently, security operatives were alerted and the user of the phone, the soldier and the police officer were later apprehended.

During investigation, the soldier and the policeman allegedly confessed and took the operatives to the scene of the incident, where the decomposed body of the WHO official was found.

When contacted on telephone, the Commanding Officer of the 232 Battalion Gusau, Lt-Col U.B. Onachukwu confirmed the incident, adding that a combined investigation team of security operatives was still on.

Continue Reading
You may also like...
Related Topics:immunization, killed, police, WHO, Zamfara