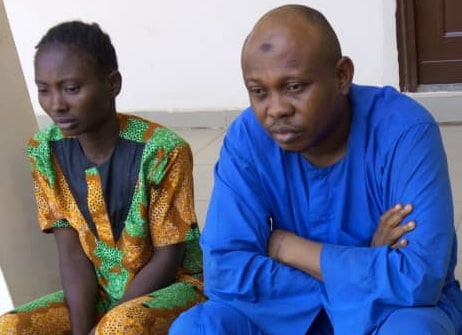 A mild drama took place today in Ilorin, Kwara state as suspected ritualists blamed each other over the theft and sale of baby placenta.

Mrs. Suleiman, who was working in a private hospital reportedly was said to have sold the placenta to the Muslim cleric sometime last week.

Parading the suspects, the state Police Commissioner Kofowora Bolaji said that “upon successful surgery the doctor of the private hospital handed over the new born baby placenta to one Suleiman Fatima of Agaka area, Ilorin to give to the biological father of the baby, but instead the suspect delivered the placenta to one Alfa Salaudeen Ibrahim to use for charm with a view to getting monetary reward from Salaudeen Ibrahim.”

“I read Islamic Studies from the Al-Hikmah University, Ilorin. I graduated in 2016.

“A month ago, she came to me to ask if baby placenta can be used for ritual purposes and I answered in the affirmative. And that was the last thing I discussed with her. And she left. Because she is an attendant in a hospital she told me that some people would leave their baby placentas for them to throw away. 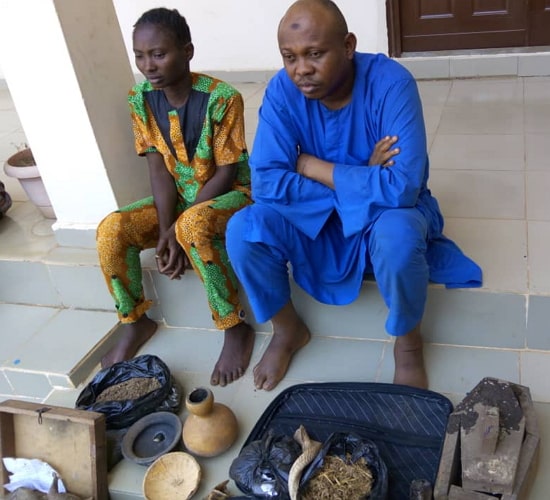 “Later, I had even forgotten and she came with one about five days ago. She dropped the placenta, after her departure something told me to call her to come and take the something away, and that I would not do the ritual. I called her to come and pick it away she refused to, not until she called me that the incident had been reported at the police station. Not to be implicated I packed the placenta and threw into a nearby river. I thought with that I would get myself out of trouble but here am I.”

The hospital attendant denied collecting any money from the cleric, adding that she is a close friend of the wife.

“He did not hand over any amount of money to me, but he told me to help him get baby placenta since the wife is my friend. It is because of my closeness to the wife that is why I acceded to his request. This is the first time I would engage in such nefarious activity.

“I have three kids and my children placentas were handed over to my husband. I never gave him my children’s placentas. When I called him the story had taken a twist he said he had thrown into the river. He added that the placenta would not be efficacious as the baby was delivered via caesarian section (CS).”